Campus public safety departments may find that less lethal weapons are particularly appropriate for their communities. The latest offerings, listed here, are some of the more effective solutions available on the market.

After a raucous basketball game at a major university, student celebrations elevated out of control. Simple cheering turned more violent, and turbulent crowds started to vandalize school property. Campus security was called in to diffuse the situation. After assessing the crowd, officers decided to use the less-lethal solution of pepper-based projectiles, launching them into the ground in front of the crowd to create a cloud of hot pepper powder. The ensuing pepper cloud irritated the eyes, mouths and noses of the troublemakers, and they quickly dispersed, effectively ending the situation without injury.

Another university encountered a man who was acting in a threatening manner toward students on campus. After being asked to leave by campus police, his behavior became increasingly aggressive. One officer pulled a stun gun from his belt and fired two electrodes into the man’s body, causing him to drop to his knees. The other officers apprehended him – again without injury.

There are an increasing number of incidents where campus law enforcement officers are choosing to employ a less-lethal solution rather than resort to the use of their handguns. The wide assortment of less-lethal products available to officers on academic and hospital campuses offer a variety of options.

What works best depends on the situation. Additionally, most agencies form their own policies as to when less-lethal weapons should be used and when deadly force is a reasonable response to a threat. One thing is certain, however: Less-lethal solutions are changing the way law enforcement works.

According to the North Atlantic Treaty Organization (NATO), less-lethal systems are “explicitly designed and developed to incapacitate or repel personnel, with a low probability of fatality or permanent injury.” The technologies discussed here all have a low probability of a serious or fatal injury, but each option comes with some risks.

Batons are Simple, Effective, Flexible, Available for Years
The “continuum of force” is a guideline used by many law enforcement agencies to explain the appropriate steps of action that should be taken during encounters with suspects. A rough guideline could be as follows: Initiation of verbal command, handcuff suspect, search suspect, use wrist/arm lock, use takedown, strike/wrestle suspect, use baton, use pepper spray, use stun gun and finally as a last resort, use firearm.

Often one of the first items used in the continuum of force is a tool that has been available for many years – the simple, yet effective, baton. Synonymous with truncheon, night stick or club, this is an item that was originally used in Victorian England and is still used by law enforcement as an effective tool in one-on-one situations in which the target in question shows threatening behavior but is not necessarily armed.

The baton fills the space in the continuum of force between confronting an attacker using bare hands to using a more potent less-lethal solution. Its flexibility in a variety of situations makes it an essential tool for officers to carry. Batons can be used to open windows or force entry through doors and also provide protection against attackers with weapons.

Chemical Irritants Often Used for Riot Control
Pepper-based or chemical irritant weapons, such as PepperBall, are used both in the law enforcement and personal arena, as riot-control agents or for individual protection. Pepper spray contains the chemical, oleoresin capsicum (OC), a chemical irritant that affects the mouth, nose and eyes, causing tears and even temporary blindness. When used as pepper spray, a direct stream of OC is released from a small canister into the offender’s face, hindering an attacker and giving an officer time to apprehend the suspect, or providing a victim time to escape.

Law enforcement officers also use pepper projectiles. These projectiles are thin, round plastic spheres that contain the pepper powder and burst upon impact to release the chemical agent. Projectiles are an effective method of quelling disruption and unrest in crowd-control situations, to break up fights, to clear areas, or bring otherwise violent suspects into compliance. Pepper projectiles are fired from proprietary high pressure air launchers, with about 10-12 foot pounds of force to produce painful kinetic impact. They can be launched into the ground in front of a large crowd to create a cloud of pepper powder agent or targeted directly at individual troublemakers to create a forceful impact.

These systems have excellent safety records and are sometimes the first choice in the continuum of force for this reason. They are also suitable for situations where a suspect or group is too far away to use pepper spray or a baton, but is not necessarily an immediate threat that requires the use of firearms. This is an extremely important boundary on the continuum of force that could save lives.

The pepper projectile launchers used by most law enforcement authorities have ranges of up to 200 feet for chemical agent saturation, and are target accurate at 60 feet or less. Smaller, handheld launchers are also available. Some incorporate both a launcher and a functional tactical flashlight in one unit. These units are not only more utilitarian, but also do not look like a firearm and are therefore more “friendly” in campus environments.

Stun Guns Best for Single Suspects at Close Range
Stun guns (also known as TASERs) are another less-lethal alternative that is best for stopping a single suspect at close range. The technology works by firing two electrodes from a handheld launcher. The electrodes penetrate clothing and skin to send up to 50,000 volts of electricity at extremely low amperage through a suspect’s body to effectively, but temporarily, immobilize him. Stun guns have an effective range of up to 35 feet. For the unit to work properly, however, both nodes do need to be attached to the person.

Some electroshock weapons have the ability to work without using the detachable nodes. With the cartridge removed, law enforcement has the ability to “drive stun” assailants by shocking them directly from the unit. Stun guns are highly effective when dealing with individual suspects, but not so in situations involving multiple suspects or a large crowd.

This weapon, however, is considered controversial by some. The YouTube generation is already very familiar with several cases of highly publicized stun gun use on students as spectators. The events were captured on cellular phone cameras – and then the video was posted on the Internet. Allegedly improper use of the weapons has led to large demonstrations on several U.S. campuses.

Still, they are used by more than 12,500 law enforcement agencies across the United States and have helped lead to thousands of non-injurious arrests.

Beanbag Rounds Accurate Up to 20 Feet
Another less-lethal tool for campus officials is rubber or plastic bullets. The intended use of these projectiles is to fire them into the ground and have them ricochet into a crowd, causing enough injury and pain to disrupt and disperse the group. Unfortunately, there have been incidents of officers firing directly into a crowd, causing several injuries and deaths.

An alternative to rubber bullets is flexible baton rounds or “beanbag rounds.” These are projectiles of lead shot covered with fabric or a pillow-like material and are designed to deliver an impact that will cause a muscle spasm to an individual. They are mainly used to incapacitate suspects over a short distance.

They have a range of about 60 feet but are generally inaccurate beyond a distance of 20 feet. These rounds can be dangerous if they hit a vulnerable area on a person, and officers are trained to target the extremities when firing. Fatalities from beanbag rounds average about one person a year.

Pain Rays May Be Deployed in the Future
In the future, there are new technologies in the early stages of development that could see use as less-lethal solutions. One tool under development is
the “pain ray” or Active Denial System, currently a vehicle-mounted weapon that emits electromagnetic radiation to create a burning sensation on the surface of the skin. It has the ability to work through clothing, but cannot penetrate walls.

The ray has a range of about 550 yards and is currently being considered for deployment in Iraq. It would be most effective in crowd control situations, but to gain widespread campus usage it would need to become more portable and less cumbersome.

Sound Devices Used for Crowd Control
Another possible new solution is the Long Range Acoustic Device (LRAD), which is a mechanism that emits a high volume of sound in a directed area. It causes intense pain to anyone within 100 yards and offers limited effectiveness to 300 yards.

LRADs are used as crowd-control devices and have even found some use on ships, both military and commercial. A luxury cruise ship thwarted a takeover from pirates by using a LRAD to ward off the would-be assailants. Limited use of LRADs are not believed to cause long-term effects, but an extended exposure to the high volume could cause permanent damage to a person’s sense of hearing.

Regardless of Weapon Type, Training Required
Various less lethal solutions are available for a range of situations. But it is essential that campus law enforcement officials understand the best use for each and be properly trained to use these products. They are particularly well suited for use in and around colleges, universities and hospitals where drugs and youthful exuberance may lead to improper behavior.

Certainly, no administrator ever wants to make a call to parents to inform them that their child has been killed by campus law enforcement – even in a legitimate circumstance.  Used properly, less-lethal weapons can help law enforcement officials to do a better job and save lives.

Jennifer Johnson is a certified instructor for San Diego-based PepperBall Technologies and serves as the company’s point of contact to university and other police departments. She has nearly a decade of law enforcement and security experience, having served as a police officer in Sacramento and Carlsbad, Calif. and in the security department in Macy’s department stores. She is California POST certified and has numerous training and weapons certifications including crowd and riot-control training and a less-lethal weapons certification. Johnson can be reached at jjohnson@pepperball.com. Additional information on PepperBall Technologies can be found online at www.pepperball.com.
Tagged with: Crowd Control Features Less Lethal Weapons Weapons 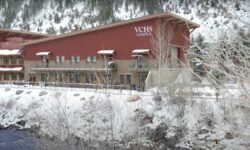 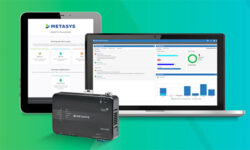 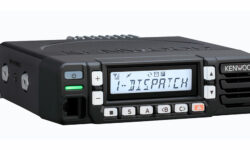