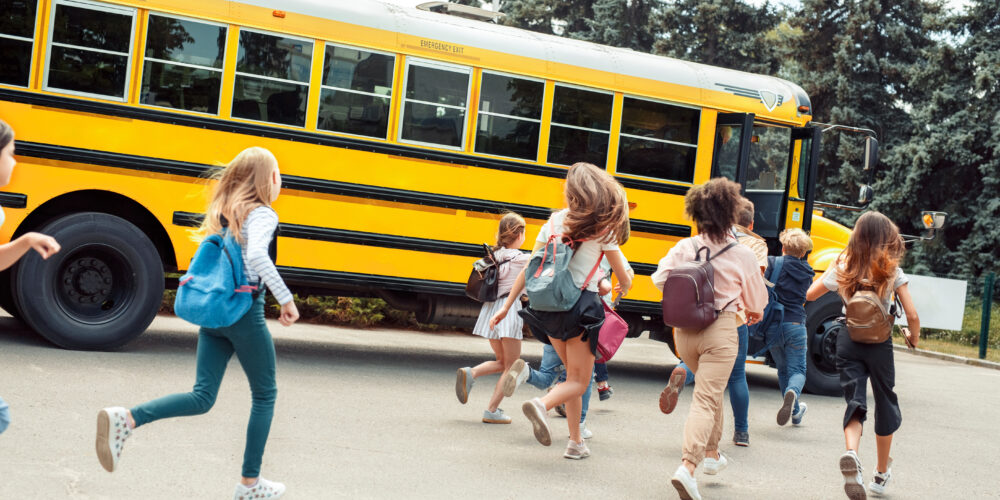 The IoT system does not cost the school district money, yet it provides data regarding where school buses are located, what takes place around and inside them, and which students are onboard. Photo via Adobe, by Viktoriia

When students at  Prince George’s County Public Schools (PGCPS), in Maryland, returned to their classrooms this spring after a year of virtual schooling, their transportation was now being managed via an Internet of Things (IoT)-based solution that tracks traffic violators around buses and leverages fees incurred from violators to pay for additional technology to track conditions inside the vehicles. 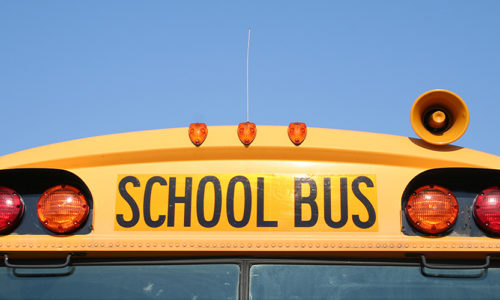 The system, provided by  BusPatrol, does not cost the school district money, yet it provides data regarding where buses are located, what takes place around and inside them, and which students are onboard.

PGCPS, a neighbor to Washington D.C., is among the nation’s 20 largest school districts, with 208 schools and centers attended by 136,500 students who are typically transported via a fleet of 1,280 buses. Rudolph Saunders, PGCPS’s transportation director, says BusPatrol approached him several years ago about adopting its stop-arm safety technology. Stop-arm violations involve motorists who ignore a bus’s extended stop sign and lights when the vehicle picks up or drops off students, and instead drive past the stationary bus.

Such incidents are not only illegal but can be dangerous. In 2018, the  National Association of State Directors of Pupil Transportation Services (NASDPTS) found that bus drivers throughout 38 states recorded almost 84,000 incidents in a single day in which drivers illegally passed a school bus. That could mean as many as 15 million vehicles are illegally passing buses during a typical school year. Students embarking on or disembarking from a bus are thus put at risk. Some vehicles are equipped with cameras to capture such incidents, but the technology can be expensive.

When Saunders began speaking with BusPatrol, he says, “We had a small number of buses that had been outfitted by a prior technology.” Approximately 80 buses had cameras, he explains, but adds, “I didn’t even know they were there.”

The data wasn’t being reviewed for citations, and the camera technology provider had instructed the district to strategically equip the 80 buses most likely to be in places where infractions occurred. That system simply did not provide the district with the coverage it required.

The county ranges from rural to cosmopolitan areas with busy intersections and highways, Saunders says. Even if a camera captures a violation taking place, a driver would need to alert the district so it could review the footage.

Several years ago, Saunders says, there was an incident in another district in which a student was injured by a motorist violating the stop arm, and that event underscored for PGCPS that it had to do something. 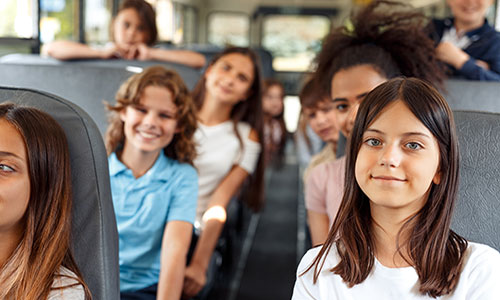 “My problem was that I don’t have the money to outfit 1,280 buses,” he states. In the meantime, other technologies, such as parent-notification systems and GPS routing, were under discussion, which could aid drivers on their routes.

Often, the bus drivers were assigned to unfamiliar routes. However, the drivers were using printed run sheets with directions indicating who was on a given route and where their stops were — a practice that Saunders says could be distracting and difficult to use. Technological solutions created additional expenses, he notes. Saunders says BusPatrol told him, “We can help make this safe and provide revenue to accomplish the other features.”

Most school buses currently in use look similar to those of generations gone by.

“There hasn’t been anywhere near the innovation on buses as there has on other vehicles,” says Jean Souliere, BusPatrol’s CEO. “The buses that move our kids have Flintstones technology.”

During the COVID-19 pandemic, the company helped PGCPS deploy BusPatrol’s enforcement and safety technology. BusPatrol recently released its Automated Violation Analysis (AVA) system, which is part of its School Bus Safety Program adopted by GCPS last year. The school district equipped its buses with the technology, then conducted pilots and tests before the system was taken live with the student population in April on all of its approximately 1,200 buses. Those vehicles are now in use as the district phases its students back to in-person classrooms.

Each bus is equipped with 14 cameras — eight outside and six inside. The cameras record data in real time to track what is happening, both in and around the buses. The BusPatrol stop-arm cameras capture video of any passing vehicles. The AVA system provides onboard processing and firmware to identify when a vehicle may have passed a bus while the latter was stopped. It then uploads a package of data to a cloud-based platform known as AlertBus, and the data is sent via a FirstNet telecommunications private cellular network.

“We never use public Internet to traffic our evidence,” Souliere says.

BusPatrol processors log into the Alertbus platform to review evidence generated by AVA before it is shared with local police officers, who can review the information and identify the vehicle’s licensed owner. If the public safety officers approve the event, they notify BusPatrol’s staff, who print and mail the citation. Recipients can go online and view the image of their car, as well as read the laws in their jurisdiction.

The process from stop-arm event to ticket issuance typically spans two or three days, and the ticket is mailed no later than 14 days after the event occurs.

BusPatrol installed physical signs on roadways, as well as releasing public service announcement to warn motorists. The company and the school district both receive a portion of the citation charged to the driver, which means the funds can be used to purchase more technology for the school district. The Prince George’s County district has added interior cameras, tablets for drivers and HF RFID readers on each bus that will be supported by those citation funds.

Since the BusPatrol School Bus Safety Program was taken live, Saunders reports, the district has not yet seen the collected data, and fees are now being assessed and sent out.

The district is also using GPS data from  Transfinder, which locates each bus as a blue dot on a map. The interior cameras can be used to monitor rider and driver safety.

“We’ve had cameras before on buses,” Saunders explains, “but they were stored in a hard drive on the bus.”

This required a driver to bring the vehicle to the office so that data could be uploaded from the camera if video needed to be reviewed.

Now, drivers can contact the office about any onboard problems while they are driving, by simply pressing a prompt on their tablet. The administrative staff can then view what is taking place on the bus. The solution includes Transfinder routing software and Samsung tablets to help display directions.

“One of the struggles we have is that drivers may be on unfamiliar routes,” Saunders states. “We require training about bus safety and operation of the vehicle, but everyone is not as skilled about de-escalation as they might need to be.”

With Transfinder, he adds, a tablet can display directions “so that will help them get to those addresses, or to reroute if there is road construction or incident.”

Saunders says he has used the system mostly to locate students who might be on the wrong buses. The district transports children as young as three years old, he explains, and the system can monitor where they are. “That is going to save us a lot of anguish,” he predicts.

District Has Big Plans for the Future

The district next plans to add an RFID student-tracking system. A 13.65 MHz HF RFID reader on the bus, compliant with ISO 15693, will capture the unique ID number of each student’s RFID badge. However, that system’s deployment will require some training of student behavior, he notes, adding, “That will be a challenge, making sure they remember to have the RFID cards with them every day.”

According to Souliere, the BusPatrol system is the most deployed school bus safety program in the United States, and it has proven to reduce the number of stop-arm violations through education and enforcement. Communities that have implemented a it have achieved a 30% reduction in illegal passing of school buses, he reports. The AVA system, part of the BusPatrol solution, was first released in 2019, while buses have used the company’s other features since 2017. To date, he says, the solution’s machine learning engine has logged more than 10 million road hours across customer school buses.

The company continues to expand the features it can provide with its IoT solution.

“Once you wire a bus for enforcement,” Souliere says, “you have a cloud-connected asset.”

The firm also provides temperature management, for instance. As students enter a bus, their temperature can be taken and that information can be linked to each specific child, while also being forwarded to the server. What’s more, the technology can provide contact tracing if a student tests positive for COVID-19, based on who else was present on the bus with the infected child.

In the future, Souliere says, BusPatrol’s use of edge computing will grow as well, in an effort to reduce the amount of data that needs to be streamed to the server.

“As we create less overhead in processing,” he explains, “we want to provide more features.”

What’s more, the system may include an automated audible warning for students whenever it detects a car violating the stop arm. “We’re continuously thinking about how to use telemetry to make the bus safer for kids.”

This article originally appeared in RFID Journal. Claire Swedberg is a news reporter for the publication.