Here are the latest counter-drone developments and how you can protect your organization against malicious and unauthorized drones. 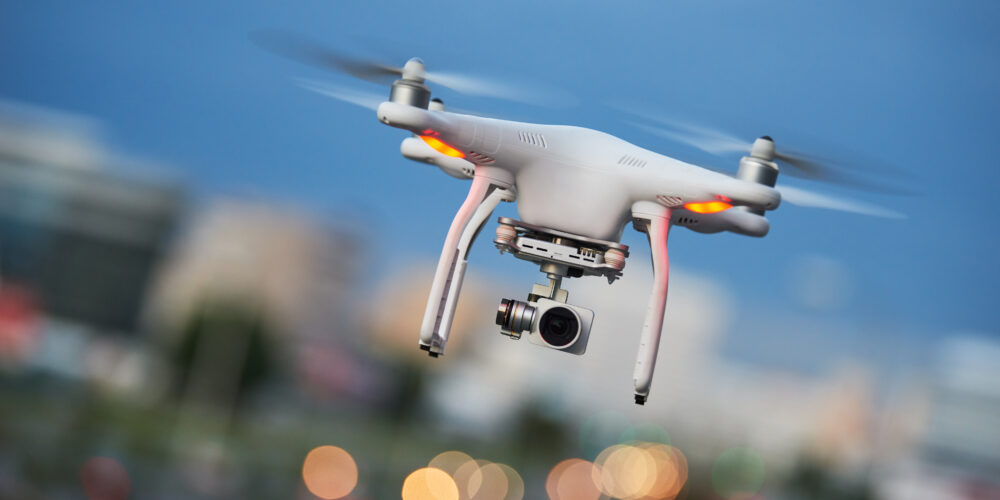 Photo via Adobe, by Kadmy 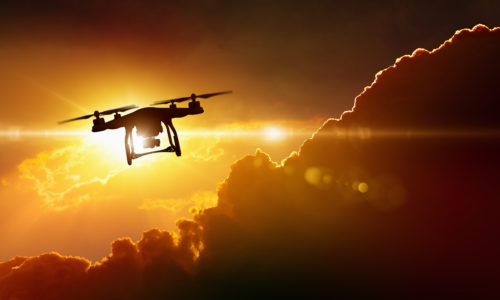 Related: Protecting Your Campus and Infrastructure from Drones

At the same time, regulators around the world are advancing laws to enable and even promote innovation around drone applications. As more drones come to market, different public and private organizations are struggling to determine how many drones are entering our airspace, who is flying them, where they are flying and their intention.

So how does a security professional secure their airspace against this emerging and increasing drone threat? Smart airspace security combines sensors, cutting-edge software and data analytics to detect, classify, locate and when authorized, mitigate unwanted drones.

However, as more drones enter the market and new laws and regulations are enforced, airspace security programs must continually advance to meet new threats. More drone manufacturers have come to market in the past months/years and expanded their operations, and overall drone market share in the United States continues to fragment.

Security professionals must consider myriad drone technologies available on the market yesterday, today and tomorrow to protect their airspace. U.S. federal regulators like the FAA, DHS and DoD are continually evaluating and implementing new drone regulations, which support the safe integration of drones into the national airspace.

Additionally, federal regulators and agencies support drone innovation and market growth by investing in U.S.-based drone companies — passing legislation to support drone use such as Beyond Visual Line of Sight (BVLOS) and nighttime flying restrictions, and Operations Over People (OOP).

Government regulators are engaging both drone and counter-drone companies to create complete unmanned traffic management frameworks, including the launch of remote identification systems.

Forward-thinking security teams and their security integration providers have begun to take a proactive approach to understand how many drones are in their airspace and how to prevent harm from an unwanted drone to people, property and information.

Ultimately, the only drone that matters is the one that your campus security team does not want in your airspace.

Market Fragmentation Is Having an Impact

The volume of drones in the U.S. market increases as more organizations, both public and private, deploy them to work in everything from search and rescue, last-mile delivery, photography and videography, and infrastructure inspection.

While the volume of drone traffic increases and the diversity of manufacturers and types of drones expands, DJI, the leading Chinese-based provider of commercial off-the-shelf drones in the U.S., is beginning to show signs of a decreasing market share. New regulations and market reports indicate the supplier’s market share will continue to dilute as more non-DJI drones enter the market.

According to analyst group Drone Industry Insights’ latest data on the market share of U.S. drone manufacturers, DJI’s share of drones in U.S. skies may be faltering (almost 1% decrease) from Oct. 2019 to March 2021. Additionally, non-DJI drone brands jumped 4.2% in the same period, indicating a fragmentation coming to market.

The U.S. has investigated the use of Chinese-made drones for government use, concluding that government agencies (e.g. the Department of the Interior and DoD) must only use drone technology developed from nonadversary regions.

In response to these regulations on DJI drones, U.S. federal agencies implemented new programs to develop and introduce U.S.-made drones into the national airspace and rely on U.S. or allied nation-made drones to support the U.S. federal market. Following depicts a timeline of these developments:

Laws and regulations are being developed worldwide that promote the safe integration of drones into our airspace. Today, many central government departments and agencies actively address how drones are an immediate help to society while also being a potential threat to safety.

With drone detection systems, organizations like the FAA can quantify drone traffic, whether it is authorized or noncompliant, and begin to ensure compliance with FAA drone registration programs (e.g. Remote ID). In March, the FAA confirmed the final rules requiring remote identification of drones and allowing some flights over people, over moving vehicles, and at night would go into effect April 21.

According to the FAA, Remote ID requires identification of drones in flight as well as the location of their control stations or takeoff point. It provides crucial information to security providers about the drone in their airspace. The FAA shares that “airspace awareness reduces the risk of drone interference with other aircraft, people and property on the ground.”

Emerging legislation spurring drone innovation will increase the number of drones in operation. Airspace security technology must adapt to detect a variety of drones and not be limited to a single manufacturer.

Remote ID is a significant step for the U.S. to prepare for the mass integration of drones in the airspace, including operations of drones near sensitive or critical infrastructure, such as datacenters, powerplants, corporate campuses, airports, correctional facilities, government buildings and military installations.

Many sites of national importance already have established “no-drone-zones,” including stadiums and airports, which limit a drone pilot’s use of their drone. However, laws and regulations will continue to be circumvented. Remote ID may bring productive drones to the forefront, but unauthorized drones will continue to prompt further need for detection and traffic management systems.

In addition to the enforcement of Remote ID, the FAA is taking steps to test and integrate airspace security technology at airports. In March the FAA announced that five U.S. international airports are now authorized to evaluate drone detection technologies. This testing and evaluation will help decide how airspace security technology supports integrating of drones into the U.S. national infrastructure.

According to the FAA, testing will begin in late 2021 and continue through 2023. Regardless of flight regulations, or a drone pilot’s adherence to them, smart airspace security technology provides security leaders with the assurance that they see all airspace activity and protect their operations, assets, and information from malicious and unauthorized drone threats.

How Secure Is Your Airspace?

Airspace security technology is an emerging security market and quickly becoming a prominent issue as new regulations are enforced, and more drone incidents occur. The continued exponential increase in drone traffic leads to a higher risk of airspace incidents and unprecedented levels of opportunistic behavior.

In order to address airspace risk, organizations and their security teams first need to understand drone activity above and near their facility. With this baseline information, security leaders will know what technology and operating procedures they will need to protect their organization against.

While DJI remains the consumer market leader for drone technology, legions of other manufacturers are now vying for the No. 1 spot. Combined with market dilution and increased efforts by the U.S. government to limit or prohibit Chinese-made drones from being used by federal agencies and the military, this year will highlight an increase in the diversity of the types of commercial and consumer drones used and affect the technology required to detect drones.

Airspace security technology must adapt to detect, classify and locate all drones and not be limited to a single manufacturer. The FAA and DoD play a key role in testing, evaluating and implementing new counter-drone technologies across the country.

As organizations worldwide grow their airspace security programs, there remains a greater need for a robust air traffic management system that integrates information from drone pilots who are cooperating with local and federal laws and regulations and includes counter-drone technology data to capture uncooperative or malicious drone activity.

Laws and regulations can be created, pilots with malicious intent can still circumvent them. In 2021 and years to come, government authorities will implement and enforce comprehensive airspace security programs. The unwanted drone issue at airports, critical infrastructure, prisons and government sites will persist.

As the post-COVID world reopens in 2021, all eyes will be on how security teams and their technology partners can ensure complete security from all threats — including those in the lower airspace. Critical to a smart airspace security program’s success is a technology that is open, scalable and manufacturer agnostic to ensure detection of all drones.

Only until there is complete adoption of airspace security technology at critical sites and in our cities can we begin to protect people, property and information from drone incursions. Ultimately, this risk, including the potential revenue impact and associated liabilities to corporations and public entities, will drive drone detection and airspace protection to increasingly becoming a CEO-level discussion.

Mary-Lou Smulders is Chief Marketing Officer for airspace security technology leader Dedrone. She can be reached at mary-lou.smulders@dedrone.com. This article originally appeared in CS sister publication Security Sales & Integration and has been edited. 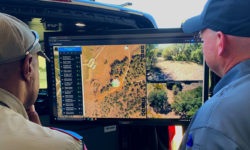