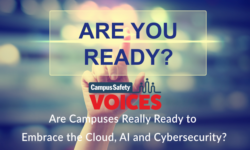 Are Campuses Really Ready to Embrace the Cloud, AI and Cybersecurity?

Dean Drako of Eagle Eye Networks talks about the applicability of the cloud and artificial intelligence on campus, as well as the need for strong cybersecurity practices. 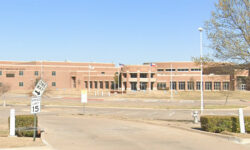 Arlington police say the student suspect fled after opening fire during a fight in a classroom on the second floor. 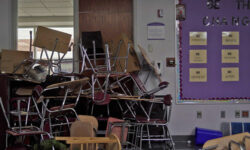 School Threats Are On the Rise, District Leaders Are Concerned About Being Prepared and Secure

Preparing your students and staff to respond to violence in school is not easy or comfortable. But you can equip them with life skills in a trauma-informed way to ensure they are empowered to survive during a violent incident.