In early 2021, emergency department visits for suspected suicide attempts increased 51% among girls ages 12-17 compared to the same period in 2019.

The three-year school safety plan was presented seven weeks after a New Hanover High School student was injured in a school shooting.

By regularly discussing safety with children, parents are in the driver’s seat to teach not only critical thinking skills but also skills that may save a child’s life.

An attorney said 52 families will receive money with the largest sums going to the 17 families who lost children and spouses. 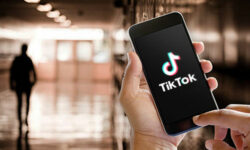 The latest TikTok challenge has caused issues for schools far and wide. But what can districts do about it?

Cybersecurity legal experts say the potential prosecution is misguided and could have a chilling effect on others who discover cyber vulnerabilities.